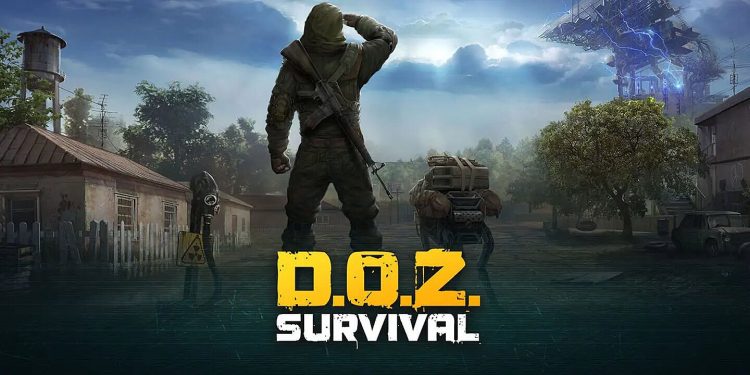 Many users love online games because there is a lot of competition and you get to meet skillful players. Today we will talk about one of the best survival games such as Dawn of Zombies. This game will test your skills and you have to make use of fewer resources from the warn-torn globe. In the game, you have to defend yourself against the enemies, gather other survivors, and explore secrets of territories. Let’s talk about this game from studio Royal Ark in detail.

Players will take on the role of a lucky survivor in a post-apocalyptic world where mankind’s civilizations have been razed to the ground as a result of innumerable battles and tragedies. Only a few people remain, strewn about looking for a means to survive in this ruined world.

Worse, many nuclear facilities have been destroyed as a result of the wars, allowing harmful radiation to inflict all kinds of discomfort. People were deformed, driven insane, and turned into mindless beasts.

As a solo player, you must defend yourself from hazardous monsters while also constructing your base and gathering resources. Your goal is to make it through the ordeal while also tracking down your lost friend, whose signals were last seen in the Territories. He’s the only one who can help you reclaim your memories, so track him out. 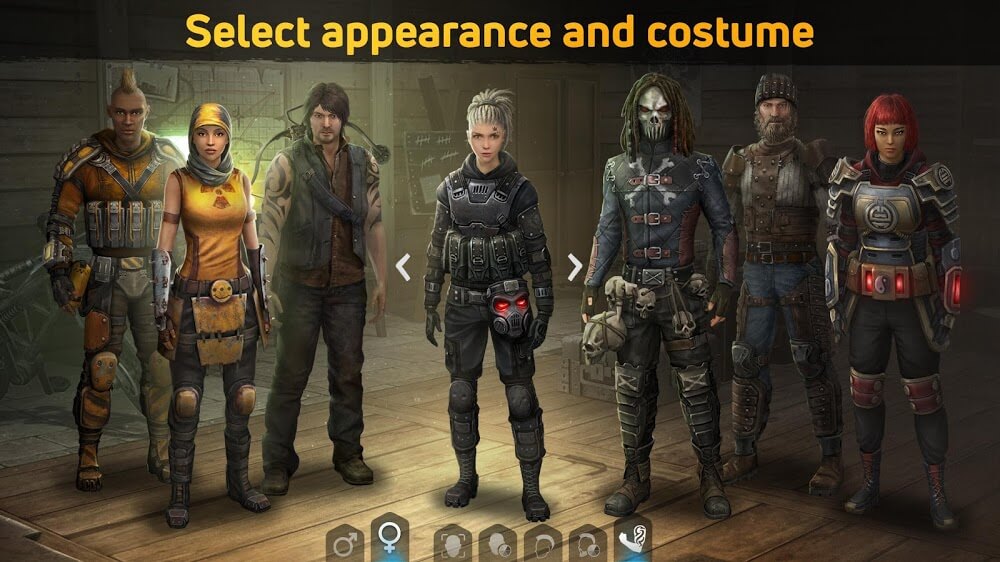 Here you’ll find a list of all the game’s fascinating features:

Create your own base from the ground up

Danger lurks around every corner in Dawn of Zombies: Survival after the Last War. You can possibly lose your life in a single instant if you don’t focus. As a result, it’s critical to have a secure hideaway where you can protect yourself from the dangers of the outside world.

Begin by constructing your foundation out of various junk items. Construct an underground base that is both convenient and secure. Store resources safely to ensure your survival and continue to expand your base to the surface. To protect yourself from monster attacks, build a robust defense.

Survive in a world where resources are limited

Players will have to contend with a variety of dangers to get their hands on the lucrative resources while the resources are steadily depleted. For a bit of bread, people may sometimes fight or even kill each other. Make certain you’re not the one on the ground.

Hunger, thirst, radiation, and infections all swiftly deplete your energy on this perilous planet. Allowing your character to remain low on energy for an extended period of time will prevent you from returning to your base.

Make sure you have enough food and water for your quest, as these will help you refuel. Furthermore, napping at your base will replenish your energy bar. 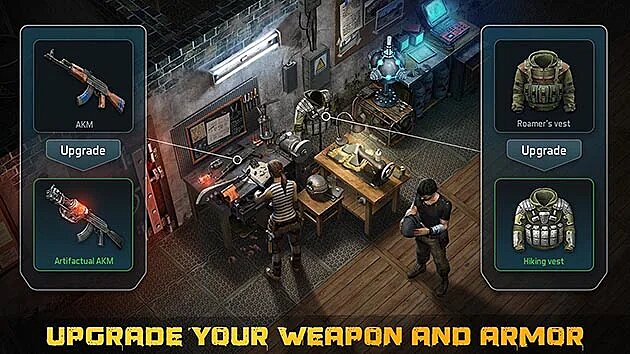 Take part in a thrilling adventure

It’s time to accompany the character on his bizarre world trip. Dawn of Zombies is a game about exploring the realm of zombies. As you progress through the stories, you’ll meet dozens of characters, each with their own story to tell. Take on a variety of quests to earn great rewards. Discover unexpected notes that lead to heartwarming stories.

You may ride whenever you choose

If you don’t like walking, Dawn of Zombies will let you choose any type of vehicle to go about in. Bike through the undead or use your monster automobiles to demolish them. There are no limits to what you can get for your characters with the crafting and trade features.

Gameplay that is realistic and has lifelike elements

Dawn of Zombies has realistic components such as a light-day system, volumetric fog, and more to enhance the entire experience. If you play the game long enough, you’ll feel as if you’re genuinely trapped in this crazy universe.

Explore the vast maps with a variety of items to find

Dawn of Zombies: Survival after the Last War’s environment spans a huge territory with numerous locales for players to explore. Collect rare relics and explore the Aberration zones. Explore the gloomy forests and wastelands, and engage in epic battles with strong zombies, bandits, and wild creatures.

You’ll also have the possibility to win significant prizes that emerge on the map at random. Look for cool airdrops, hidden chests, and other goodies. You’d also like to explore the intriguing dungeons for some genuine action.

Meet up with other survivors’ groups

In the world of Dawn of Zombies, there are still survivors, despite the population being substantially reduced. As a result, gamers will have the opportunity to explore the regions and interact with other survivors. Participate in a variety of activities with the other factions and groups.

Begin by trading and communicating with various factions in order to gather precious resources and technology with which to construct your facilities. As you build a reputation with other factions and personalities, you’ll be able to become a proficient combatant and craftsman. Unlock thrilling gameplay by unlocking certain events.

Make all of the items you’ll need

And, in order to help you survive in this scarce and deadly world, you must always be well-equipped with capable weapons and gears. Discover all of the crafting choices as you learn to make over 60 different weapons, including the AK-47, M-16, Makarov Pistol, and more.

You’ll also have the opportunity to find over 150 different blueprints for armors, vehicles, and other items as you move through the game. A man can make anything in the world with his abilities and materials.

You can also use specific workbenches and artifacts to explore the customization choices for your equipment.

Exciting combat with a variety of strategies

Take part in thrilling battles against a variety of opponents. And you’ll have different strategies for different opponents. Fight them in stealth mode, using the bushes to sneak up on them and eliminate them. Make your own spy drone and scout the enemy’s bases before attacking at the right time. Alternatively, you can charge out with a machine gun and annihilate anything that stands in your way. Either way, it’ll be a tremendous amount of fun.

To receive your rewards, you must complete epic events

There will also be random happenings to explore while you spend your time in Dawn of Zombies. Complete thrilling missions including rescue and protection. Defend your teammates against zombie attacks to win your well-deserved rewards.

If you wish to play online, Dawn of Zombies: Survival after the Last War will provide you with a variety of options. In multiplayer survival game mode, team up with your pals to create a base, gather resources and combat the attacking zombies.

In Dawn of Zombies: Survival After the Last War, you can visit large towns and meet up with other survivors. Make new friends and trade valuables. You can also join a clan or start your own. Prepare for epic clan fights by upgrading your base.

Legendary MMO raids are also available in the game, in which players can team up to take down epic enemies and receive tremendous riches. With Dawn of Zombies: Survival after the Last War, you may take part in rewarding co-op PvE adventures and enjoy addictive gameplay.

Last but not least, the game allows online players to have their own pets and NPC allies to aid them in their quests.

Despite the game’s many intriguing features, the developers of Dawn of Zombies: Survival after the Last War manage to surprise us with its affordability. Having said that, the game is presently available for Android users to play for free. Simply go to Google Play Store and download the game to your devices. Begin your trips in Dawn of Zombies: Survival after the Last War’s never-ending adventures.

Quality of sight and sound

Dawn of Zombies: Survival after the Last War features realistic 3D graphics that immerse players in a world filled with deadly elements. Monsters, infrastructures, and personalities that are well-polished and realistic provide a lifelike experience for Android gamers.

Raw photos of a war-torn planet combine with powerful aural experiences. You’ll feel as though you’ve been sucked into a nightmare.

For any Android gamers looking for a complete RPG experience on their mobile devices, download Dawn of Zombies Mod newest 2.150 Android APK. The game Dawn of Zombies: Survival after the Last War is ideal for you. Embark on a thrilling adventure filled with epic action, gripping stories, and thought-provoking questions. 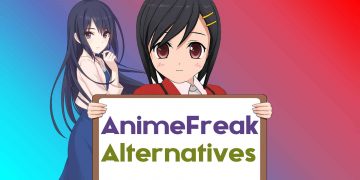 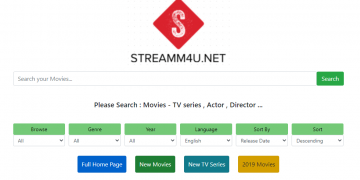 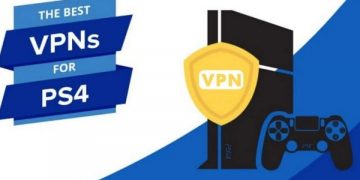 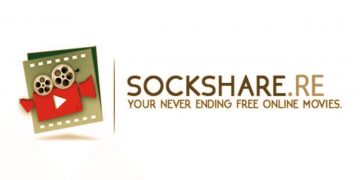