The Google Play Store contains a massive collection of apps, and you can explore all the latest apps and games by categories or by searching the name.  It arrives as the default app in most Android smartphones and works perfectly well to download any application. Many people only know about the Google Play Store; they dont have any idea about other app stores available on Android.  Our experts found this question raised by smartphone users, and we have decided to write on the best third-party app stores for Android.

It is not easy to compare it with Google Play Store, yet the Amazon Appstore is one of the best third-party app stores for Android.  Amazon has grabbed the attention of millions of users worldwide by introducing  Fire, the Fire Phone, and a range of Android devices running Fire OS; there is a growing market for apps sold through Amazon. Its smartphones are affordable, and it has won users’ trust through apps like Kindle, which many people use to read books and increase their knowledge.

However, experts are not completely happy with  Fire OS, but the procedure is not complex for web developers as they can create and launch apps on Amazon. And we have seen many applications working well after downloading them from FireOS, and it has some advantages. The significant advantage is it enables users to publish HTML5 and web apps on the Amazon Appstore. This business is growing day by day with hundreds of thousands of apps and a comprehensive customer base. Developers rate it as the best and user-friendly platform which is easy to use and navigate. 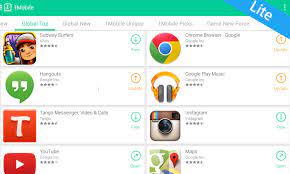 It focuses only on the popularity of apps to declare them successful, which is a different and complex approach. 1Mobile Market is amongst the best third-party app stores for Android, which is only for free apps. So it provides you the opportunity to showcase your talent, upload an app to test it out on the market.

This market is made for fee users, it doesn’t cost anything to upload your app, but this doesn’t mean it is full of frightening apps. You cannot take this app store for granted as each app has to pass through a selection process. The process includes checking malware and keeping a high quality of 1Mobile Market apps to make it better.

Talking about its advantages, an excellent application provider based on references means that apps can quickly become successful. It has won users’ hearts around the world, as you can see over 100 million installs and hundreds and thousands of apps listed. It is a great place to upload your applications, and that’s why we called it one of the best third-party app stores for Android. 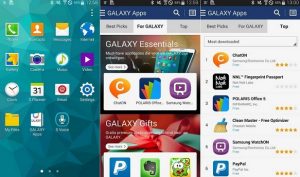 Samsung is one of the oldest and reliable companies that manufacturers the most Android phones and all the other domestic and industrial electronics. It is the most famous smartphone developing company, and they have collaborated with Android, but they offer their own app store. This app store is exclusively available for Samsung users, which can access it on their smartphones to download applications. Though it doesn’t contain huge applications, we place it in our list of best third-party app stores for Android because of positive customer feedback.

Samsung is trustworthy; that’s why its users are loyal; every Samsung Galaxy smartphone has the built-in Samsung Galaxy Apps store, so billions of users who use Samsung try it for sure. It can compete with other app stores on our list, and you indeed give it a shot. 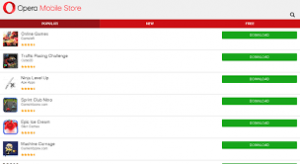 Opera is famous for its browsers, which are available for smartphone and PC users; now they have launched Opera Mobile Store in collaboration with Yandex. We have seen the whole Russian app users market by all their apps being offered in the Yandex App Store. The store can be considered as one of the best third-party app stores for Android, which over 100 million visits every single month and grabs over a million downloads every day.

It has many advantages, and the facility to get access to this enormous following is entirely free. Nevertheless, Opera Mobile Store takes 30% of any sales, but it is the best app store that you can use to present your apps or download others. 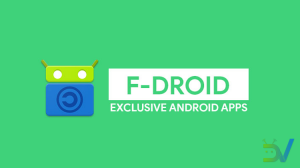 It is the last app store in our list of the best third-party app stores for Android, which is very competitive and still growing. This is the app store that heavily relies on donations and owns by volunteers. The unique fact about this app store is that it only permits free apps and has a policy of not selling apps that involve paid add-ons or adverts.

Some of the advantages are its great customer base and definitely no costs; there is nothing to lose by uploading your app to this store and testing out its reputation. If you dont want to risk your money and want to present your apps on some impressive platform, it can be your pick without any doubt.

We are looking forward to your response; good luck.